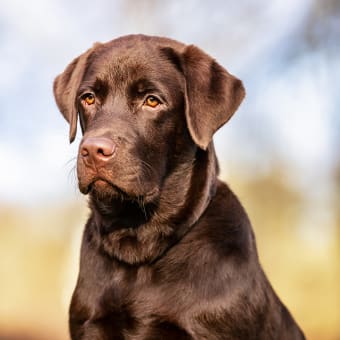 Our veterinary neurologist understands that if your dog is experiencing recurring seizures, it may leave you feeling helpless and alone, but an estimated 0.5 - 5 percent of dogs are living with idiopathic epilepsy (seizures with no obvious cause). Today, our Winston-Salem vets share the types and symptoms of epilepsy in dogs, and how it is treated.

What are the symptoms of epilepsy in dogs?

Epileptic seizures in dogs are caused by abnormal electrical activity in your pet's brain. There are three different types of seizures that your dog can experience, and each type of seizure displays in a different way.

Focal Seizures occur in only one half of the dog's brain, and within a particular region of that side. If your dog is experiencing a focal seizure, the symptoms that you will notice will depend upon which region of the brain is effected.

How do you treat epilepsy in dogs?

Epilepsy is a neurological condition that some dogs, and some people, are born with. Unfortunately, as of yet there is no cure for epilepsy in dogs or people. Nonetheless, treatments aimed at reducing the frequency of seizures are available.

The first step in the treatment process for dogs experiencing seizures is to test for any possible underlying causes. If an obvious cause for your dog's seizures is detected within the brain then your pet will be diagnosed with structural epilepsy.

In rare cases a dog may be diagnosed as having a reactive seizure, which is a seizure in response to a temporary problem such as poisoning. Reactive seizures will stop once the underlying problem is cleared up.

Because there is no cure for epilepsy in dogs, treatment with an anti-epileptic drug (AED) therapy will be focused on reducing the severity and frequency of your dog's seizures without causing unacceptable side effects. This approach is successful in about 15-30% of dogs.

Your vet will recommend the best medication for your dog based on they type of seizures your dog is experiencing as well as your dog's overall health, size, and age.

If the first drug is unsuccessful at controlling your pet's epilepsy other drugs may also be tried.

When giving your dog medication to help control seizures it's important to give your dog their meds at the same time every day, be sure to give them the correct dose prescribed by your vet and never discontinue the medication without first consulting your veterinarian.

Should I feed my dog differently if they have epilepsy?

Recent studies for shown that diet can play a key role in helping to control epilepsy in dogs. If your dog is being treated for epilepsy it is important not to change what they eat without consulting your vet first. Changes in diet can affect how well the anti-epileptic drugs work. This includes feeding random table scraps, or giving treats to your dog. When it comes to treating epilepsy, consistency in your dog's diet can often pay off.

There have also been promising results in terms of controlling seizures when dogs are switched over to a diet that is rich in medium-chain triglycerides (MCT). Your vet may prescribe a special food to help control your dog's epilepsy.

If you feel that diet plays a role in your dog's epilepsy, speak to your veterinarian about the right food to feed your pet.

If there is no cure for epilepsy in dogs, how do you know if the treatment is working? Well, since treatment is focused on reducing the frequency and severity of your dog's seizures a treatment is considered successful if you notice that your dog is in fact having fewer seizures than before, and that they are shorter or less severe. The overall goal is to reduce the incidence of seizures to about half.

Are there any side effects to AED treatments?

Your dog may experience side effects however they do tend to gradually disappear over the course of a few weeks. Possible side effects from anti-epileptic drugs may include sleepiness, increased appetite and thirst, drooling, vomiting, diarrhea, weakness, weight gain, restlessness and other behavioral changes.

Can a dog with epilepsy be left alone?

The fact is, that even the most adoring pet parent will need to leave their dog alone at some point. If your dog experiences seizures the best thing to do when you leave the house is to make sure that your pet is in a safe and comfortable space so that if a seizure does occur while you are out of the house your dog will be as safe as possible.

If your dog has been diagnosed with epilepsy or is experiencing seizures, contact your primary care veterinarian for a referral to see our board-certified veterinary neurologist. Our veterinary neurologist at Carolina Veterinary Specialists in Winston-Salem specializes in diagnosing and treating disorders of the nerves, spinal cord, muscles, and brain.